Chlorine & bromine are by far the 2 most popular ways to treat swimming pool water.

Chlorine (in its various forms - gas, liquid, organic (stabilized such as dichlor & trichlor) & inorganic (unstabilized such as Cal Hypo & lithium) - has been used for almost 100 years and has a proven record for killing & preventing bacteria, algae and even certain viruses.

Bromine has become more popular since the early 1980's. It is more commonly used in spas & hot tubs, but there is a significant percentage of pools utilizing bromine across the USA. 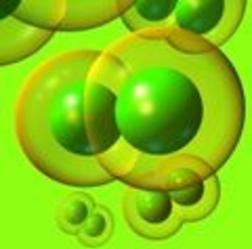 Before moving on, let’s take some time and look at Swimming Pool sanitizers in general and why they need to be used. Here are some facts on Chlorine and Bromine.

Chlorine – hands down the most effective and efficient “chemical” used to prevent and control bacterial and algae growth. A couple of things to remember about chlorine:

It is an element.  It cannot be broken down. In its natural form, chlorine is a GAS. Chlorine is used in more things and products than I can mention. In its natural state, chlorine is a gas and is part of the halogen family of elements on the periodic table of elements. One of the great things that I personally like and prefer about chlorine is that because it is a “natural” element, once it is in the water and doing its job, it can only revert to its natural state: a gas. As bacteria and algae are killed and the breaking down process begins, the “used” chlorine simply gases off. As “plain” chlorine, there is minimal or no odor. When combined with other pool water waste such as ammonia, chloramines form and create an unpleasant and sometimes irritating (to skin, eye or mucous membranes) odor.

These are the types of chlorine products available – as well as some of their basic characteristics – for use in swimming pools are (all dosages assume a water temperature of approximately 78° Fahrenheit or 26° Celsius):

Liquid – otherwise known as “bleach”, typically 8% to 12% active ingredients, used at a dose of approximately 32 liquid ounces per 10,000 gallons daily, applied directly to the pool water, pH about 12.0.

Salt – yes, salt. Salt remember is sodium chloride. When salt is dissolved in water it chemically recombines and becomes hypochlorous acid which we read and test as Free Available Chlorine (FAC).  Salt is typically added initially at a rate of about 10 to 20 lbs per 1,000 gallons (large variation so we need to know the correct water balance – TA, CH and TDS, we’ll discuss this later – before adding) to provide a saline level in the pool of about 3,200 ppm, at which point an electrolytic device can be used to convert the salt into FAC. Adding too much salt results in scaling of the pool and its equipment (this sometimes also results in a false “low salt” reading causing the pool to be partially drained) while not adding a sufficient quantity will prohibit the electrolytic device from doing its job properly. Salt levels need to be replenished as needed. Click here for more Truths about Salt.

Sodium Dichlor – (sodium dichloro triazinetrione) completely soluble, stable in sunlight (stabilized with cyanuric acid), 56% to approximately 65% active ingredients, used at a dose of about 2 to 3 oz. per 10,000 gallons daily, applied directly to the pool water, pH about 6.0.

Calcium Hypochlorite – primarily used as a shock treatment, not completely soluble, not stable in sunlight, 60% to approximately 70% active ingredients, used at a dose of about 8 oz. per 10,000 gallons daily, applied directly to the pool water, pH about 12.0.

Lithium Hypochlorite – primarily used as a shock or oxidizing product, very soluble, not stable in sunlight, 35% active ingredients, used at a dose of about 12 to 16 oz. per 10,000 gallons daily, applied directly to the pool water, pH about 10.0.

Trichlor – (trichloro s-triazintrione) completely soluble, stable in sunlight (stabilized with cyanuric acid), typically available as 1 inch or 3 inch tablets, 4 inch sticks, very slow dissolving, approximately 90% available chlorine, used at a dose of approximately 1 oz. per day per 10,000 gallons, applied to the pool water either through the  pool’s skimmer, a floating chlorinator or fed via a closed “feeder” or chlorinator,  pH about 2.0.

Calcium Hypochlorite – not completely soluble, not stable in sunlight, 60% to approximately 70% active ingredients, used at a dose of about 8 oz. per 10,000 gallons daily, applied to the pool water either a floating chlorinator or fed via a closed “feeder” or chlorinator, pH about 12.0.

Chlorine Drawbacks: Chlorine is “unstable” in sunlight (easily broken down, when not in a stabilized formula). Some (read that as SOME or very few) people have shown “allergic” reactions to chlorine. More often than not, these “allergic” reactions are more “sensitivities” to high doses and more particularly, improper long term water imbalance. Keep in mind that it would be virtually impossible to live in a “chlorine free” world (for example, ordinary table salt is sodium chloride). Another drawback is that chlorine easily combines with many other elements which can lead to other pool water situations; i.e. chlorine reacting with large amounts of nitrogen (a natural waste product) will result in the formation of smelly chloramines.

Bromine – a distant second place when it comes to pool water sanitizing compared to chlorine. Here are bromine’s attributes:

Bromine is also an element. It cannot be broken down. Bromine is also a part of the halogen family of elements. It is a LIQUID in its natural state. Overall, bromine is a good sanitizer and very good algae preventive.

Bromine, because of the way that it needs to be added to the pool water, requires special handling. Bromine tablets must be added via a feeder (as contrasted to chlorine tablets that can be added via feeder or skimmer).  Bromine is more expensive to use than chlorine, typically about 25% more, but it has excellent staying power in the water in that when “used” it simply reverts back to its natural “salt” that can be recharged or regenerated.

Swimming pool or spa bromine is typically found in a tablet form (1 inch diameter) which is dispensed via a bromine feeder (DO NOT RE-USE a chlorine feeder as the two products dissolve differently and introducing bromine into a previously used chlorine feeder can and will cause a dramatic reaction between the 2 chemicals – possible explosion – resulting in your injury or death.).  Bromine can also be dispensed via a floating device but this is not the recommended choice.  Dose: approximately 1 lb. tablets per 10,000 gallons weekly. pH about 7.5

Bromine Drawbacks: bromine cannot be “stabilized” – NEVER add cyanuric acid to a bromine treated pool; it cannot be stabilized. Once bromine (even sodium bromide salts) is added to the pool water, it’s in there for good (at least until it’s totally diluted or splashed out). If you have used chlorine but on the advice of friends or a pool supply dealer want to change to bromine, be prepared to stay with bromine; you can NEVER return to a chlorine pool unless you drain the pool and start again. Why? The chlorine added to a bromine treated pool will only recharge and regenerate the existing bromine; bromine doesn’t gas-off like chlorine. If you are attempting to treat an algae bloom with sodium bromide, you can develop a chlorine demand that will be very difficult to break. One other drawback: like chlorine, bromine fairly easily combines with nitrogen. When this happens, bromamines are formed. Although not quite as smelly as chloramines and definitely a “better” (not really) bactericide, we don’t want this chemical combination.

Converting your pool to Bromine: Start using Bromine. It's as simple as that. BUT...

Converting your pool from Bromine to Chlorine: Drain the pool entirely & start again. That's all you can do. Once a pool is on bromine it cannot  be converted back to Chlorine.  Why? Bromine is continually recharged back to an active form Bottom line: don't bother trying.

Pristine Blue: a proven non-chlorine, non-bromine sanitizing system that is 100% compatible with chlorine & bromine. A simple conversion procedure is done while NOT taking the pool out of use. Yeah! Click here for more on Pristine Blue.

Ionizers: such as Nature2 or Pool  Frog. Uses a canister with copper & silver pellets that will "kill" bacteria and algae. Because not all of the water comes into direct with these pellets, these systems are effective. HOWEVER, Ionizers are NOT primary sanitizing systems. Ionizers REQUIRE chlorine or bromine to have them effective.

UV systems: UV systems DO NOT KILL ANYTHING! UV systems are a good back up in pools with heavy use such as water parks, hotel or public pools. The only thing that UV is able to do is to disrupt or scramble the DNA & RNA of living cells, thus rendering these cells unable to reproduce. UV systems REQUIRE chlorine or bromine to have them effective.